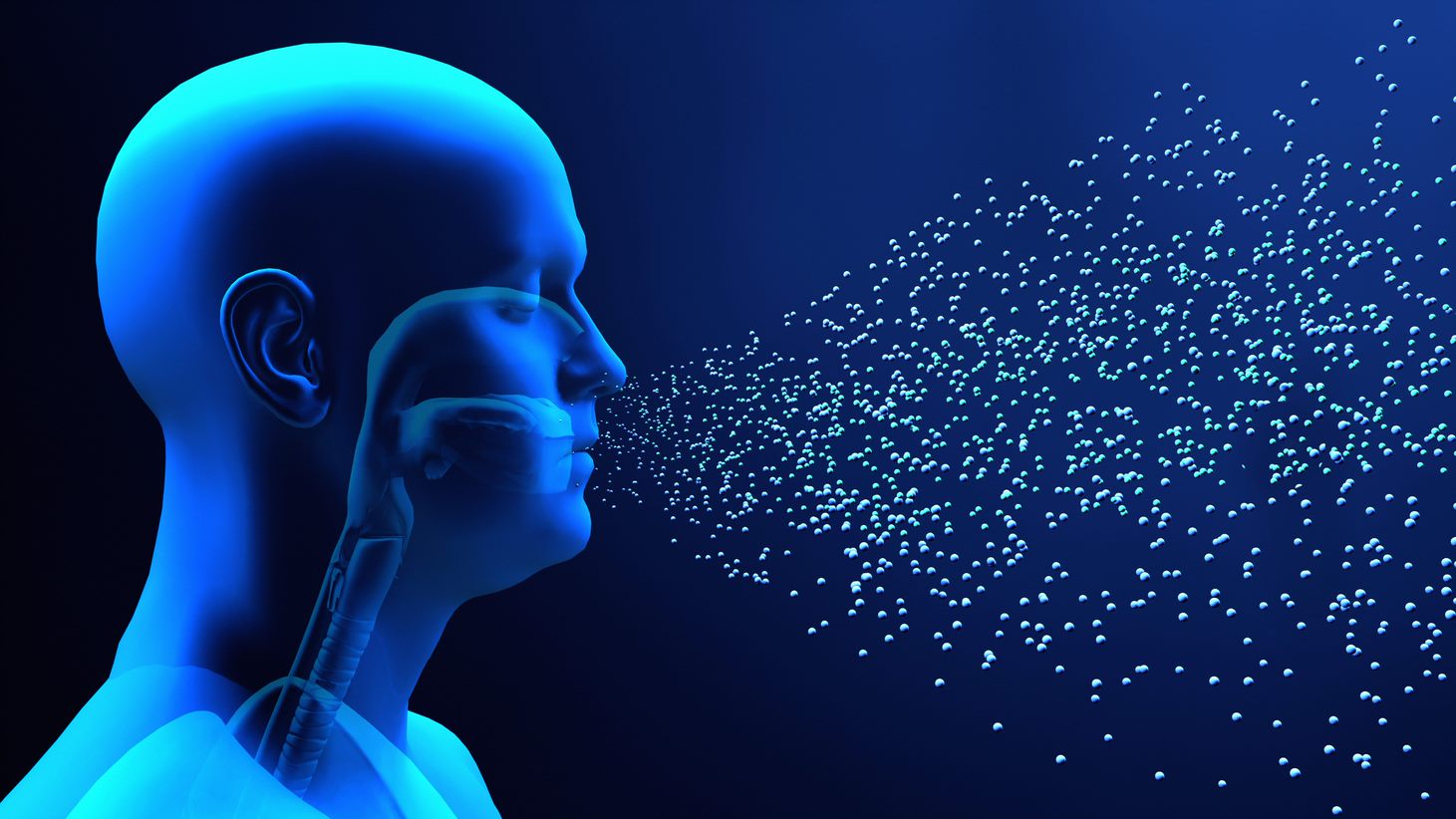 More people will become unnecessarily ill or worse if governments around the world aren’t aligned in accepting that COVID-19 is an airborne virus and change their approach accordingly, says a leading infection mitigation specialist at PP-L.

Dr Rhys Thomas, chief scientific officer at PP-L and a frontline NHS doctor, says that in the case of the UK, by failing to follow the lead of other nations that are now recognising the importance of ventilation in relation to the airborne nature of the virus, the UK’s approach hasn’t been as comprehensive or as forceful as it could be, with quietly introduced, piecemeal changes to regulations being too little, too late.

Dr Thomas said: “At the moment, some governments don’t want to come out and admit that COVID-19 is an airborne hazard and that their failure to recognise it as such has led to higher infection and mortality rates and suffered even greater impacts from new variants. Since the very start of the pandemic, advice has been centred around social distancing and reducing physical contact with others.

“While this was effective to a point, research shows that 80% of the spread of the virus is through airborne transmission indoors– the inhalation of infected droplets that are moving around in the room’s air currents or ventilation systems– which a two metre distance or the opening of the window is unlikely to combat.

“The airborne nature of COVID-19 is what has caught governments off guard and meant we are still playing catch-up while new variants are starting to appear, which was also always to be expected. In terms of preparedness, the UK was geared up for an influenza-like pandemic rather than an airborne one, such as the challenge posed by a SARS coronavirus.

“While two metres distance and other measures that have been introduced are effective to a point, they aren’t dealing with the crux of the issue.”

As with all airborne illnesses, the greatest risk of transmission is indoors and in confined spaces such as public transport, office buildings, factories, and even potentially the new quarantine hotels which are being introduced to prevent the spread of the virus. The government’s “hands, face, space” messaging covers the opening of windows to help with airflow, but Dr Thomas says that the reality is much more complex.

Dr Thomas said: “The risk of infection indoors is vastly higher than outside, and current advice simply isn’t enough. There’s a perception – even in hospitals – that fresh air is clean air. I’ve been shocked to see hospitals that I’ve visited assuming that simply opening a window is enough.

“That is simply not the case – the air needs to be disinfected by ultraviolet light for it to be clean enough to prevent the spread of coronaviruses.

“I saw this in practice in the first SARS pandemic in 2003, where UV was used and proved incredibly effective in South East Asian hospitals once again against the latest SARS Coronavirus that causes Covid-19.”

The spread of the virus around the Diamond Princess cruise ship, which hit global headlines in January 2020 when more than 700 passengers and crew tested positive for COVID-19, has become a case-in-point for the theory behind airborne transmission.

Researchers from Harvard and the Illinois Institute of Technology developed a computer model of the cruise ship outbreak, which found that the virus spread most readily in microscopic droplets light enough to linger in the air.

The research added to the pressure already being placed on the World Health Organisation to recognise the airborne dangers of the virus, including an open letter signed by more than 200 experts.

Dr Thomas said: “The key point here is that there has been some level of recognition from various government departments that the virus is airborne, and they have mitigated accordingly.

“Part F of the Building Regulations on ventilation has been updated and is out to consultation, and the Health and Safety Executive’s Covid-Secure Guidance for the Workplace on Ventilation has also been quietly updated in recent weeks to recommend the use of ultraviolet air filtration systems, which are proven to kill airborne contaminants.

“These UK regulations are now, at last, starting to get more aligned to other global institutions’ recommendations such at the renowned Centers for Disease Control and Prevention (CDC) who support the importance of ventilation and UV devices to significantly reduce infection risk.

“This is a positive step, but the key communication issue is that if the government don’t fully endorse and be more vocal about the airborne threat of COVID-19, and regulatory changes being made, then neither will the wider public.

“This is a huge issue, because the government is already preparing for this virus to be around in some form for many years to come. With 40 million doses of vaccine set to arrive in 2022 and an overall supply line that is set to last until 2025, it’s clear that there is an acknowledgement that this will be a long fight. The SAGE scientists like Professor Chris Whitty and Sir Patrick Vallance are also referring to this virus as endemic now.

“With 407 million doses of vaccine on order, the government is already building long-term readiness and diluting the risks by using different suppliers, but without the acknowledgement of the airborne risks, this can only do so much – it needs to be a joined-up, blended approach.”

“Prevention is better than the alternative, because in this case, there is unlikely to be a cure for a virus that spreads and mutates at the rate this one does.”

“Trying to keep ahead of this virus is a dangerous game. It is incredibly adaptable and there is an awful lot of guesswork about predicting the spread and virulence of new and more easily spread strains.

“Ongoing lockdowns are simply not an option and are increasingly ineffective as people struggle with the monotony and isolation they bring. We need to get on the front foot and not only rely purely on medicine to help solve this crisis.

“Engineered solutions like UV-C (also known as UVGI) and air filtration systems are needed wherever possible to help cut this virus at the knees and stop transmission in the first instance.

“These solutions are now being brought in by several industries and many countries around the world are specifically recommending them because they are recognising that the guidelines in their current form aren’t doing enough. Those industries such as food manufacturing and production that rely on having people on the ground and in their factories are having to look beyond what they are advised and finding solutions that actually do work.

“Hospitals, schools and hotels are the next places that need to be looking at this kind of response, especially with the government’s travel regulations meaning that potentially infected travellers are being kept in potentially inadequately ventilated spaces that could actually accelerate contagion spread to other travellers or staff.

“Action needs to be taken now, or we risk further unnecessary spread of this dangerous pathogen.”

About PP-L
PP-L Health Technology Solutions specialises in the design, specification and provision of scientifically proven systems and technologies to reduce the transmission of harmful bacteria and viruses, including COVID-19 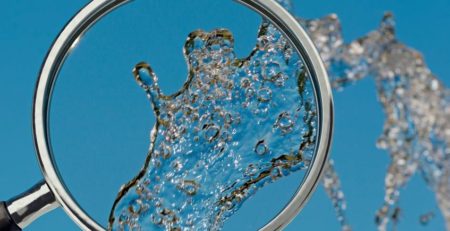 Should We Worry About Viruses in Drinking Water?

Should we worry about viruses in drinking water? Sources of naturally clean water are becoming increasingly scarce, making it one of... read more 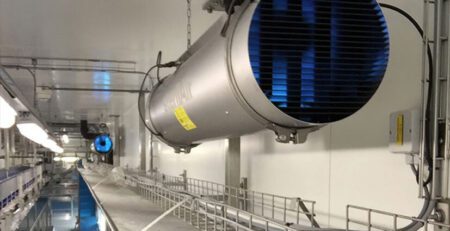 Super tax deductions could fund the route to a lockdown-free future A leading expert in infection mitigation believes that the introduction... read more 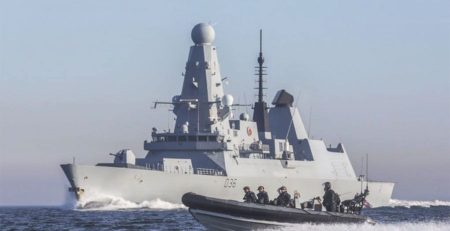 Covid navy ship outbreak: 90% of crew infected with Delta variant – How we can mitigate this risk Recent studies have... read more 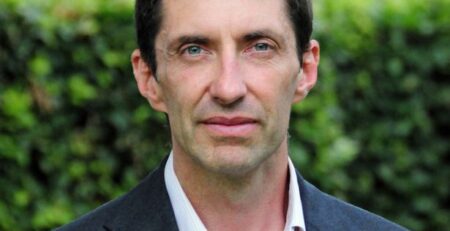 Dr Rhys Thomas, a consultant who trained at Dstl Porton Down and who invented a new ventilator to treat coronavirus... read more